Let College Custom guide you through the rules, the history and the reason to watch this year.

Everybody ready. Okay, lets begin. The Super Bowl is the annual championship of the National Football League, or NFL. The NFL is the highest level of professional football you can be a part of in the United States. And by football, we mean the American kind that looks more like rugby to us Brits.

Anyway, to give a little background, the first Super Bowl, or Super Bowl I was played on January 15th, 1967. The game was born from a merger agreement between the former AFL (American Football League) and the NFL.

The next Super Bowl (XLIX) takes part on February 1, this year.

You might ask, if this is just a day on which some guys play a big ol’ game of football, why the big deal? And certainly, it is a big deal. In fact, the day upon which the Super bowl is played, is now considered by some an unofficial American National Holiday and subsequently has been named Super Bowl Sunday. It is second to only Thanksgiving Day in terms of food consumption in the US. Which is pretty incredible if you think about it. What’s even more incredible is that in recent years as many as 111.5 million viewers have checked in to watch the match. Another reason that the Super Bowl is considered such a big deal, is the entertainment, or performances that it has brought to the World. Every year, very famous artists duke it out to get to sing at the Big Game. Some of the biggest musicians to have played are The Who, The Rolling Stones, Madonna, Michael Jackson, and Whitney Houston. This year the artist in question will be Katy Perry.

So, why watch it? For the experience of course. For the love of the sport. And for whatever ridiculous things Miss Perry is going to involve in her half time show.

Now, on to the important part; the path to the Super Bowl for potential winning teams. Ready? Here we go…

Now, here’s where it can get a little confusing. The Super Bowl is a contest between the AFL (or AFC) and the NFL (or NFC). These two branches each own half of the sixteen teams that make up the National Football League as a whole. When the Super Bowl rolls around six teams from each football division go forward into the playoffs. The six teams are comprised of four division winners from each side, and then two wildcard teams to boot. The wildcard teams qualify based on the win-loss records of the remaining teams in each conference that didn’t finish first in their respective divisions. 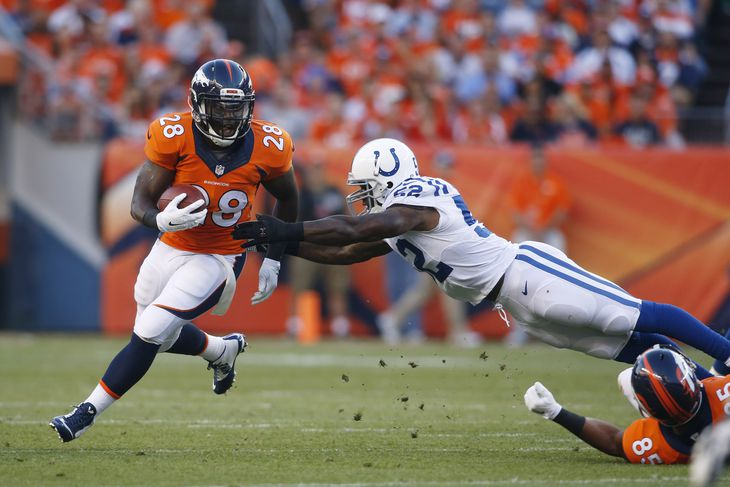 And so into the third round, which are called the Conference Championship Games. The surviving division champion automatically hosts this game. If two division winners survive, the team with the better winning percentage hosts the championship game. If, by some miracle, the two teams have the same records, home field advantage is based on how the two teams performed in head-to-head competition during the season, and then on which one had the best winning percentage in the Conference Games.

And so we reach the Super Bowl. At the end of the Conference Games both the NFL and AFL will have champions to go to battle for them. And battle they do.

Still feeling confused about the rules? Check out the BBC's Rule Guide.

So, feeling informed yet? Fancy checking the games out? At College Custom, we’ll definitely be tuning in.

Feeling a little bit sporty? Check out our Six Nations Blog to learn all about the exciting tournament.

CollegeCustom.com is a legal entity to Stitch Group Limited